GOVERNMENT OF INDIA
MINISTRY OF RAILWAYS
RAILWAY BOARD

Sub: Process Reform- Retention of Railway Quarter on education grounds
Full Board in its meeting held on 26.12.2017 considered the issue  of retention of railway quarter in the event of permanent transfer of a railway employee and decided in public interest that when the ward of the railway employee is studying in class 9th or class 11th, retention of railway accommodation may be allowed on educational ground to cover the current academic session and also the next academic session (examination) of the ward till the end of the academic/scholastic session of class 10th or 11th respectively plus 15 days.
2. This issues with the concurrence of Associate Finance of Transformation Cell,

PDF file has been reproduced underneath:- 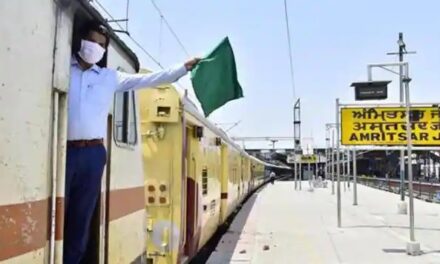 Proposal for imposition of a 5 years moratorium for seeking request transfer and change of Category for Gr. ‘C’ non gazetted staff in Grade Pay Rs. 1800/-, Rs. – 1900/- and above.